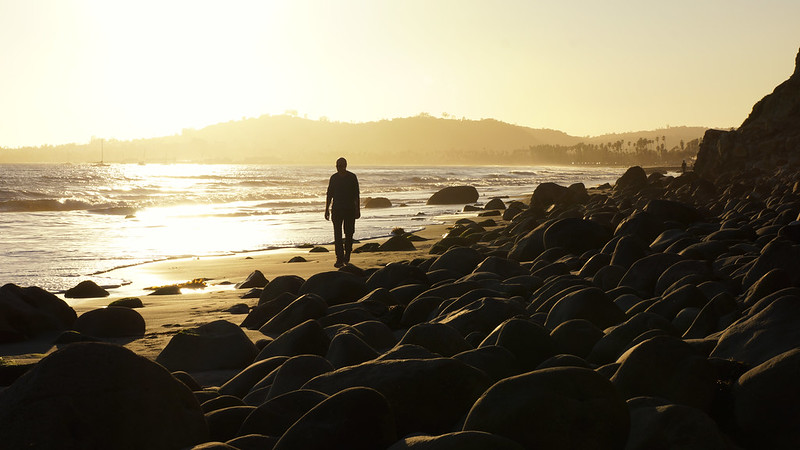 "Man Alone" by Damian Gadal is licensed under CC BY 2.0

There was a man who was contented. He had everything he needed and happily went about his way. One day, he saw his friend having abundance and wondered why. Why God hadn’t bless him with abundance. The next day he saw another friend who was also having abundance, He again wondered why and it was festering within him for days. Weeks. Months. He felt ashamed of his position in life and envious of everyone. He wished he had what they all had. He then started resenting God and kept looking up to heaven wondering if God would reveal some kind of wisdom to drive away his resentment.

But God was silent. The man started to feel that maybe God had ignored him, or worse, abandoned him. He thought that God found him unworthy and so He did not love him anymore and kept him at a distance. The man moved away from God and he decided to look at himself. He found nothing much inside him, nothing to shout about. He decided to make something up and shout about it.

He did just that and made sure he shouted at the top of his voice so all could hear that he had something. But no matter how loud he shouted, he just could not hear himself. He started talking to anyone in the street, telling them about the something that he had and how great that something was. He would talk to just about anyone, even to the point of begging them to listen to what he had to hear.

Each night he would lie in bed wondering why he just was not satisfied. Why there was a deep yearning within him to be somebody and have abundance. Some nights, he’d cry himself to sleep. One day, he met an old friend who needed help. He had always liked this friend and so he did all he could to help him. It took many days of hard work and finally his friend was back on his feet. That night in bed, he felt a deep satisfaction. He was able to help someone with what he had. If what little he did could help this one person, then what he had was not so little or unimportant at all.

He got up the next day and listed down what he had and who he could help with what he had. That night he did something he had not done in a long time – he thanked God. The next day, he did the same thing – listed down what he had and who he needed to help with what he had. And at night, he thanked God. This went on for days. Weeks. Months. Once in awhile he would look at what some of his friends had and he would start to ask why he did not have those things. But he’d quickly stop himself and go back to counting what he had. Counting his blessings.

This is my first piece of published fiction.

Wednesdays With Annie: Growing into Who I Am (2)

Wednesdays With Annie: Asserting Myself Respectfully 2